Employee engagement starts with how your organisation reacts to failure 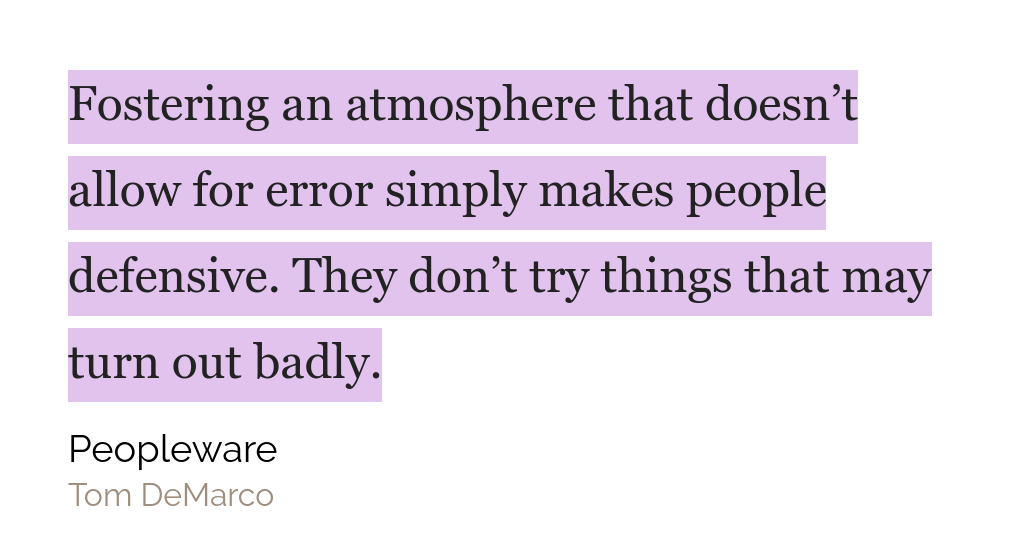 Before going into creating a significant strategy for employee engagement or for building an innovation culture, the first start is to look around and answer the question: How do we react to failure?

A culture where no one wants to make mistakes shrinks creativity and innovation. No one will take any chances to do something wrong so no experimentation will happen.

This is a short path toward a place where everybody does the same and says the same. Feedback will become just a formality due to the fear of failure. Everybody will say things are ok even when they are not.

This part with feedback is a second wave of putting a company down because the leadership will become disconnected from the reality of the company. So changing things will become harder and harder thus making the adaptation to new realities heavy and costing a lot.

The cost is not only about the money, but it is a cost of time. People will try to hide failure, making learning take a lot of time. Thus the company will fail in the end to adapt to the market and remain behind.